Read more on the book:

@mimirmusing: RT @kncukier: Yes; a very thoughtful look at it. RT @Viktor_MS: Thank you to @mimirmusing for a nice review of #BigData book http://t.co/qJzFLONvm8
73 months ago 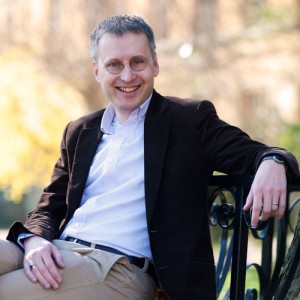 Viktor Mayer-Schönberger is Professor of Internet Governance and Regulation at the Oxford Internet Institute / Oxford University. He is also a faculty affiliate of the Belfer Center of Science and International Affairs at Harvard University. In addition to “Big Data”, Mayer-Schönberger has published eight books (including the awards-winning “Delete: The Virtue of Forgetting in the Digital Age” with Princeton University Press) and is the author of over a hundred articles and book chapters on the information economy.

After successes in the International Physics Olympics and the Austrian Young Programmers Contest, Mayer-Schönberger studied in Salzburg, Harvard and at the London School of Economics. In 1986 he founded Ikarus Software, a company focusing on data security and developed the Virus Utilities, which became the best-selling Austrian software product. He was voted Top-5 Software Entrepreneur in Austria in 1991 and Person of the Year for the State of Salzburg in 2000. He has chaired the Rueschlikon Conference on Information Policy in the New Economy, bringing together leading strategists and decision-makers of the new economy.

He is a frequent public speaker, and sought expert for print and broadcast media worldwide. He and his work have been featured in (among others) New York Times, Wall Street Journal, Financial Times, The Economist, Nature, Science, NPR, BBC, The Guardian, Le Monde, El Pais, Die Zeit, Der Spiegel, WIRED, Ars Technica, and Daily Kos. He is also on the boards of foundations, think tanks and organizations focused on studying the information economy, and advises governments, businesses and NGOs on new economy and information society issues. 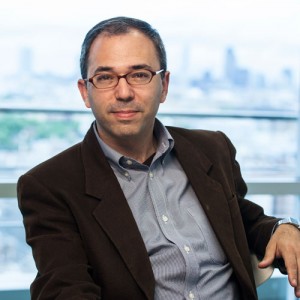 Kenneth Neil Cukier is the Data Editor of The Economist. From 2007 to 2012 he was the Japan business and finance correspondent, and before that, the paper’s technology correspondent based in London, where his work focused on innovation, intellectual property and Internet governance.

Previously, he was the technology editor of The Wall Street Journal Asia in Hong Kong and a regular commentator on CNBC Asia. Earlier still, he was the European Editor of Red Herring and worked at The International Herald Tribune in Paris. From 2002 to 2004 Mr. Cukier was a research fellow at Harvard’s Kennedy School of Government, working on the Internet and international relations.

His writings have also appeared in The New York Times, The Washington Post, Prospect, The Financial Times and Foreign Affairs, among others. He has been a frequent commentator on business and technology matters for CBS, CNN, NPR, the BBC and others. He has given the keynote address or moderated panels at the World Economic Forum, Strata, the UN Internet Governance Forum, OECD, APEC as well as at private events for companies.

Mr. Cukier serves on the board of directors of International Bridges to Justice, a Geneva-based NGO promoting legal rights in developing countries. Additionally, he served on the board of advisors to the Daniel Pearl Foundation. He is a member of the Council on Foreign Relations.

Viktor and Kenn keynote conferences and speak at executive retreats across the globe every year. If you are interested in booking us as a team, please feel free to contact us regarding rates and availability. For solo bookings Viktor is being represented by Bob Katz Enterprises (email) in North America – for all other locations please contact him directly; and Kenn is being represented by the Leigh Bureau.

The book is available in several bookstores worldwide.